In this interactive use different telescopes to image objects in space.

You will need the Adobe Flash Player to view this.

You will need the Adobe Flash Player to view this.

You must be the new astronomer. Good to have you with us!

You will be working with four different telescopes, each viewing different parts of the electromagnetic spectrum. You need to help other astronomers with their research, including finding hidden or exploding stars.

Select one of the images above to learn about the different telescopes you'll be using, or select the arrow to carry out the research.

Location: On the ground, as most radio waves get through the atmosphere.

Location: In orbit, as most infrared is blocked by the atmosphere

Location: On the ground, as visible light gets through the atmosphere

Location: In orbit, as most UV is blocked by the atmosphere.

Drag and drop the star icon to the left of the task onto the appropriate telescope. To learn more about the telescopes, select the image to read their specifications.

Task 1
The star cluster called Matariki (also called the Pleiades) only seems to have a few stars.
Which telescope will give you a close-up view of visible light from these stars?

Task 2
Are there any stars hidden behind the dense dust clouds in the constellation Serpens?
Which telescope is best suited to seeing cools stars through dust clouds?

Task 3
Why is one of the nebulae in Orion called the Witch Head?
Which telescope will show you the shape of a dust cloud with visible light

Task 4
What does the shock wave from a supernova (exploding star) look like?
Which telescope will you use to see heated dust giving off radiation with longer wavelengths than visible light?

Task 5
The distant Pinwheel galaxy looks like a white disk in visible light. Are there other stars outside the disk?
Which telescope do you need to show very hot, young stars that don’t give off much visible light?

Task 6
Are galaxies made only of stars, or do some contain material that does not give off visible light or heat?
Which telescope will you use to detect very long wavelengths of radiation? 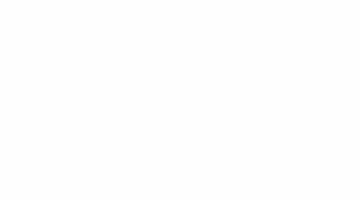 The universe is full of amazing things, but we need help to see most of them. There are many types of light that our eyes cannot see, so we use instruments, such as telescopes, that can detect ...